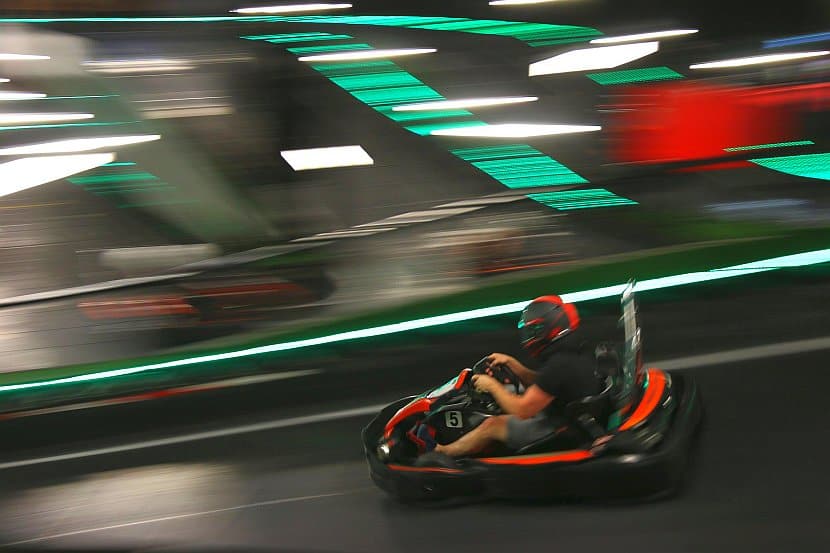 The event was run to the standard Sprint format, with a short qualifying session followed by three ten-minute-long races, with a random invert setting the grid for race two, with the starting order for the finale set by combined points from qualifying and the opening two heats.

With a mix of newcomers and experienced Slideways race event competitors, it was rookie racer Lindsay Edwards on pole position with a time of 40.699sec.

The opening race saw Liam Hydes climb into the lead early, before scooting away to a 16sec victory with a fastest race lap of 39.666sec.

With the maximum nine grid places reversed for race two, it was Jacovides with the pole position, of which he was able to convert into the win by 4sec over Irwin, along the way collecting the fastest lap of the race at a 40.232sec.

For the third race, the Liam Hydes show continued, with a dominant 14sec win with a fastest lap of 39.560sec.

Overall for the evening it was Liam Hydes on top from Edwards and Day.

Slideways Karting Academy is BACK!

Race events & Academy are back!

Important COVID-19 Information to help you & our staff stay safe.

It has been a tough period for all but we are pleased to announce we are back and OPEN.

Inline with the Government regulations, Masks must be worn inside our centres, QR code check-ins are required, and indoor capacity limits apply.

Due to limited numbers, please ensure you book online or call to reserve your spot!

We ask that you please book via the links provided for our Indoor Centre, to help us maintain stringent cleaning & managing the number of people on site.

Sessions will now be run at 20 minutes (ie 2 10 minute sessions run continuously) and will only be sold in increments of 2.

Prices remain the same & customers with existing credits will be able to use them the same as previously.

We have increased our cleaning and in an effort to combat COVID-19 we ask you please maintain social distancing and use hand sanitizer as provided. Of course if you are feeling unwell PLEASE stay home!

Thank you so much for your support & patience, we can’t wait to see you out on track!